A Karbala-based reporter tells tales of everyday discrimination while simply doing her job.

On that day, I woke up early and put on the clothes I usually wear when working as a journalist in the field. I also wore my mask, to guard against the COVID-19 virus, and this covered most of my face. With dark glasses on, most of my face was covered.

I did not mind though. I knew that going to the site of anti-government demonstrations in Karbala, I did not want anyone to identify me.

Karbala, in southern Iraq, is a conservative city. That’s why, as a woman, it’s difficult to work as a journalist here. Almost everyone here believes that journalism – like almost every profession – should be a job for men only. Members of the local government and some leaders of the security forces have refused to allow female journalists to cover certain events that they describe as “women sensitive”.

Still, I have managed to cover the demonstrations here in Karbala. These protests are part of a large number of protests around southern Iraq, that begin in October 2019. Demonstrators demanded that corrupt politicians leave the government and that the electoral laws be amended, among many other things.

I became aware of some of the lesser known practices among protesters and that made me cautious. Over the last six weeks, I never left the house without my mask and dark glasses on.

I remember the first week I spent with the protesters. They cooperated with us as did the security forces. We worked together comfortably and professionally.

But one day this week, things got a little out of control. There were clashes between the demonstrators and the security forces and at that time, I was the nearest journalist to those events. I was the closest but I was always careful to remain neutral.

I didn’t confront the security forces nor did I offend the protesters. I really wanted to try and understand the different positions being taken. I used to stay late at night so that I didn’t miss anything, near the square that the protesters had named Ahrar [Freedom] Square.

There was a tent for members of the press in the square but mostly there were male journalists there. Most of these work for television stations, affiliated with various political parties. There were only four female journalists covering the protests regularly.

I used to think that the city’s traditional ways would protect me from assault because to do this is considered shameful in our society. But things were moving fast and it seemed that it had become acceptable to use hurtful words against female journalists.

I often stayed in the square until midnight and I would hear some of the protesters shouting outside the press tent: “What is that woman doing in the tent so late?”

Fellow Journalists would answer: “She is our colleague.” But that wasn’t enough for the protesters. They would insist that I should have gone home after doing my coverage for the day simply because I am a woman.

In fact, one day my male colleagues actually told me to leave and to stay away for my own safety. Some of these male reporters were working for channels who were actually hostile to the demonstrations and they would often describe the protesters with very ugly words. But they were men and they also had bodyguards. It was easier for them to make friends with other men there and gain protection that way.

After leaving the press tent that night, I was forced to start covering the protests remotely. During one of the bulletins, I was preparing to do a news flash when a man riding a motorcycle came extremely close and screamed at me. I was really scared but I had to get used to this kind of behavior and not allow it to become an obstacle. My profession can have a lot of challenges and one must be patient.

Of the four female journalists covering the protests, two of my colleagues decided to do what they had been advised and stop reporting. Discrimination against us was very clear and forced them to withdraw. A third woman stayed at home but had her husband come to the protests for a couple of hours and take pictures and shoot videos. She would then prepare her reports using that footage.

The protests are not the only place where you can find such clear evidence of discrimination against female reporters. There are many other examples.

For example, if local government members are holding a press conference after 5pm they won’t invite women. They will only invite a male cameraman, if they know the reporter is female. This is because they believe women should be at home with their families at this hour. Men are allowed to come to the press conferences at any time, in any place.

I always remember when the security forces operations commander in Karbala wouldn’t allow me onboard a helicopter flight that was going to sweep over the city’s borders. He allowed all the male reporters to go though.

He literally said: You are a woman and I have reservations about allowing you to come because while the men will be able to endure any difficulties, you won’t.

I attempted to convince him that it was important for me to come along but he wouldn’t allow it, telling me that my cameraman was enough and that I should base my report on that and rely on him for such difficult assignments. Yet again he reminded me of the frailties of femininity, as if being a female was something disgraceful.

There are other events that female journalists are not allowed to cover too. For example, tribal conferences and meetings, such as those that are convened to settle disputes. My cameraman colleague tells me not to even think about covering these events. “Please avoid the embarrassment that will surely come when they ask you to leave,” he says. “They never allow women to attend these kinds of meetings, even if they are journalists. For them it is shameful to have women at such events.”

There are other events that I also remember very clearly. Like the time that I was reporting on the Arbaeen pilgrimage in Karbala – this sees millions of Shiite Muslim pilgrims come to the city. Arbaeen marks the end of 40 days of mourning for the grandson of the Prophet Mohammed. I was there with my cameraman but I overheard one of the men on pilgrimage saying, “why are women poking their noses into a men’s pilgrimage? You should be at home.” He really believed that was my place and that women shouldn’t work.

Another day I  recall clearly: A clergyman I was interviewing refused to let me hold the microphone for him while speaking with him about an important event. “I do not want a woman to hold the microphone,” he told me. “Bring a man to do this.”

I started to think of the contradictions and inconsistencies inherent in such a demand. Why does he reject me? Why does he want a man to interview him? After all, I am wearing a headscarf and I am not an insignificant speck of dust. Why does he feel the need to undermine me?

This, and all the other incidents I mentioned, have been challenging but they have not kept me from my work. In fact, they have made me more determined than ever to succeed in my career and to hold fast to my chosen profession.

This article is written by Hiba al-Majid. She is a journalist in Karbala (110 km) south of Baghdad, Iraq 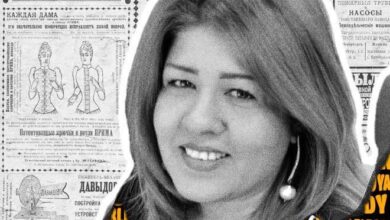